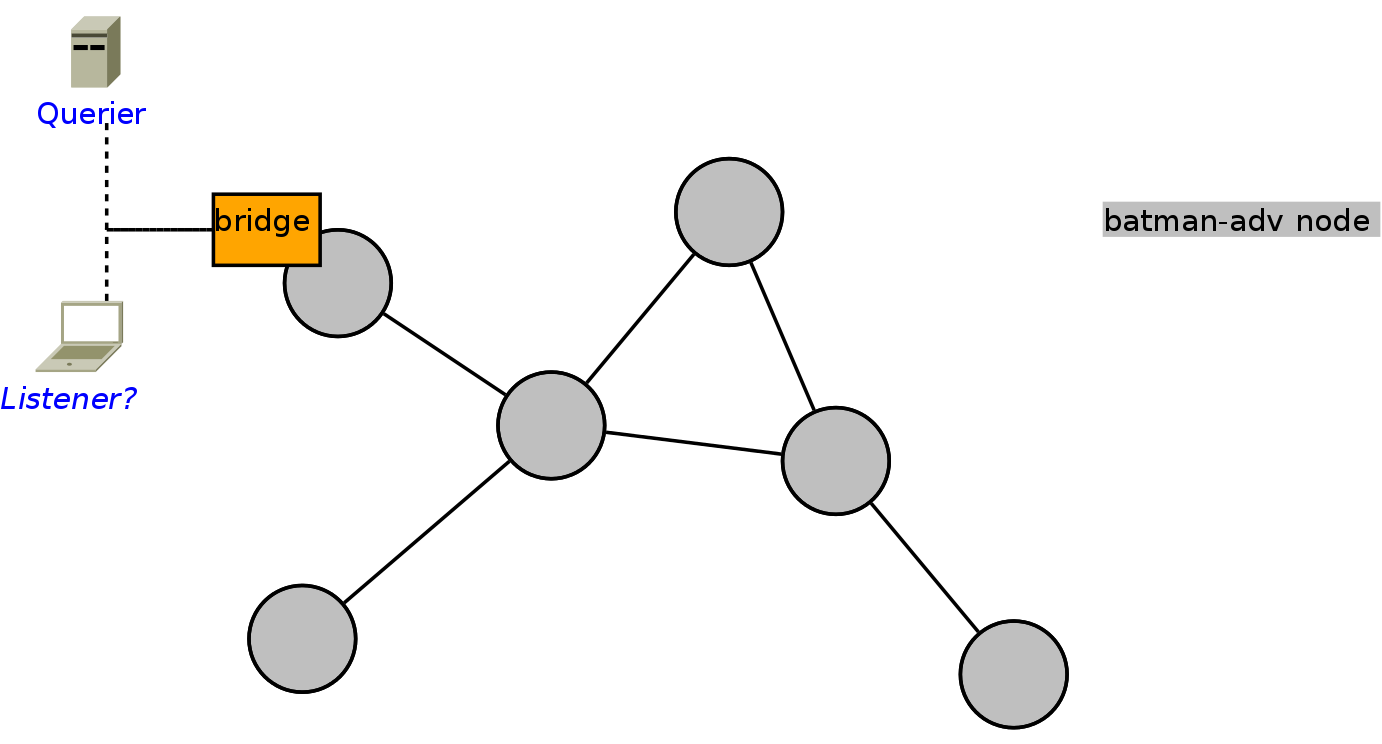 A Querier behind a bridge potentially shadowing a multicast listener

When an IGMP or MLD Querier is not run on a batman-adv node directly but instead on a foreign device behind a bridge then reports from multicast listeners behind that bridge might potentially only reach the querier but not the bridge / batman-adv node.

The reason for this is a mechanism called "Report Suppression", defined by standards of MLD and IGMP in their old version (MLDv1, IGMPv1, IGMPv2): 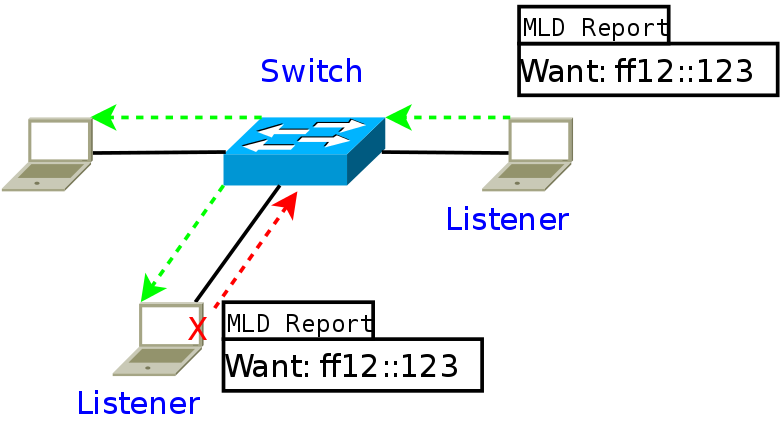 [...] If the host receives another host's Report (version 1 or 2) while it has a timer running, it stops its timer for the specified group and does not send a Report, in order to suppress duplicate Reports. [...]

If a node receives another node's Report from an interface for a multicast address while it has a timer running for that same address on that interface, it stops its timer and does not send a Report for that address, thus suppressing duplicate reports on the link.

However, if snooping switches were simply flooding such listener reports, then they themselves would not be able to notice all listeners anymore: 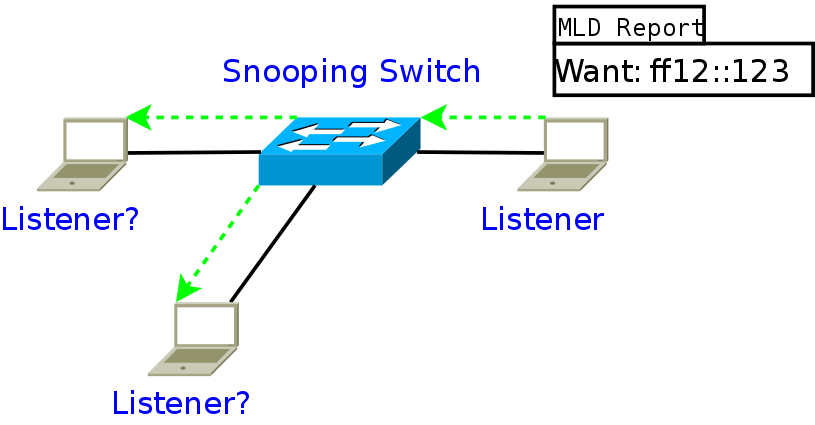 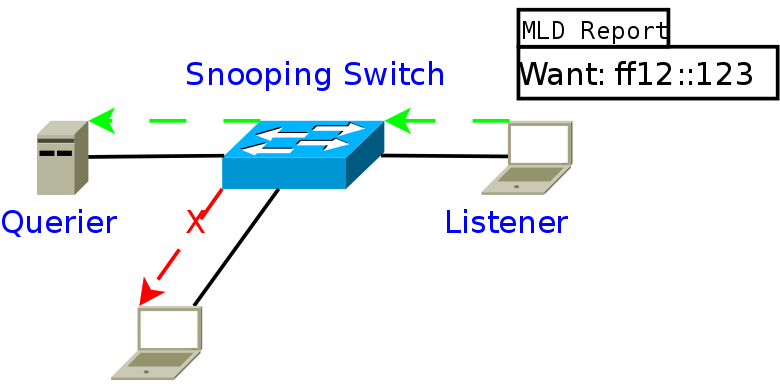 A snooping switch should forward IGMP Membership Reports only to those ports where multicast routers are attached. [...]

Which in turn can potentially lead to a batman-adv node not receiving any MLD/IGMP report for a certain multicast address from a bridge port even though a listener behind that port exists. For instance in the following scenario:

Report Suppression in a Mesh¶ 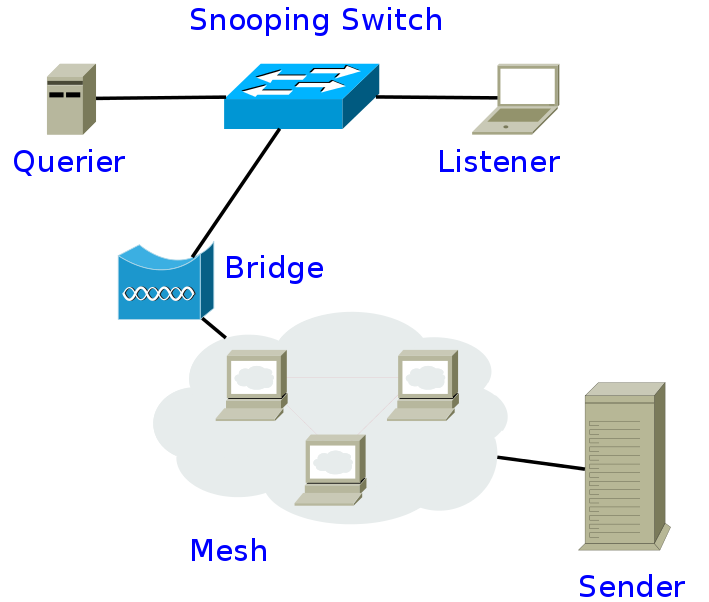 Therefore batman-adv has to not only forward multicast packets to the according listeners, but also IGMP/MLD Queriers (regardless of their version) behind bridges – even if the multicast packets actually have a link-local scope and therefore will never be routed on layer 3.

Since the active, selected Querier is the root of a tree for all IGMPv1/IGMPv2/MLDv1 Listener Reports, the solution described above will ensure despite suppression mechanisms that all multicast listeners will receive the multicast packets they signed up for.

Although we are not supporting bridges yet, the recognition of this flag on the sender side was implemented already to avoid a future compatibility break.