The multicast listeners being present on the node itself, on the same kernel, can easily be fetched: We can directly ask the network subsystem of our own Linux kernel to tell us about any registered multicast listener. For instance your userspace audio application capable of receiving its music over multicast could register such a listener at its kernel: 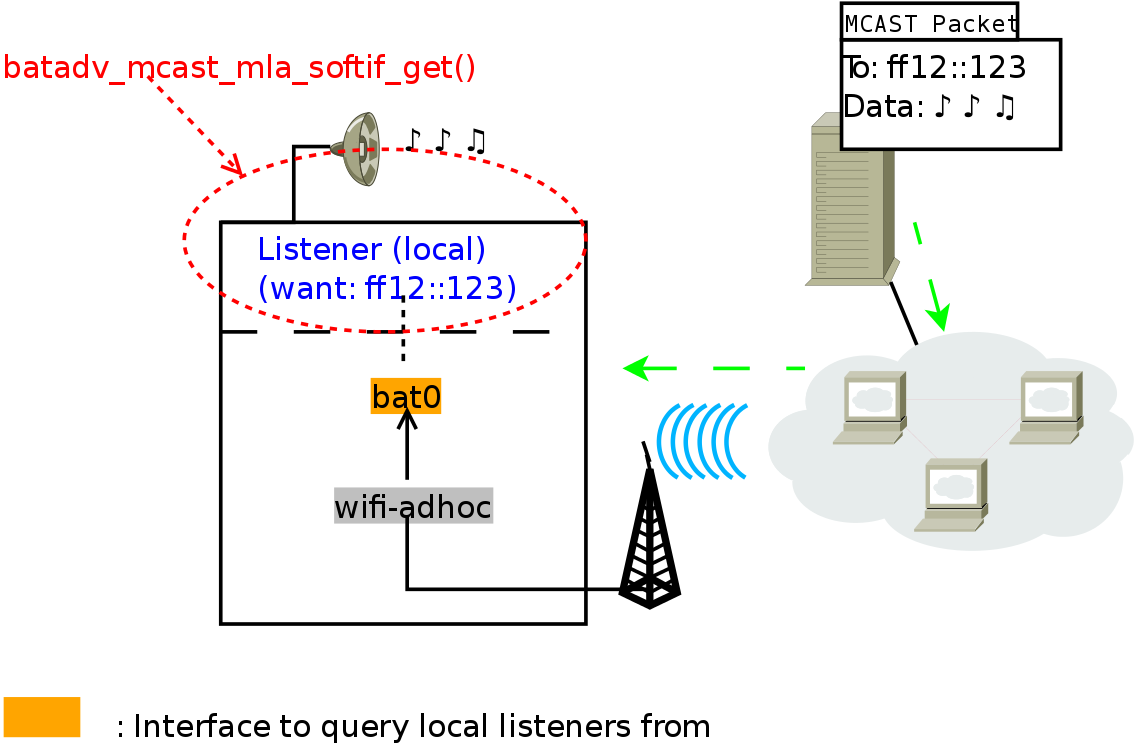 So far, the batman-adv multicast optimizations were only enabled if no bridges were involved in the whole mesh network. This is because until now batman-adv was not able to detect multicast listeners on foreign kernels somewhere behind its bridge.

Now it is also possible to use this feature with bridges (on kernels > 3.15). A batman-adv node is able to detect any multicast listener on a foreign, non-mesh device behind a bridge, too: 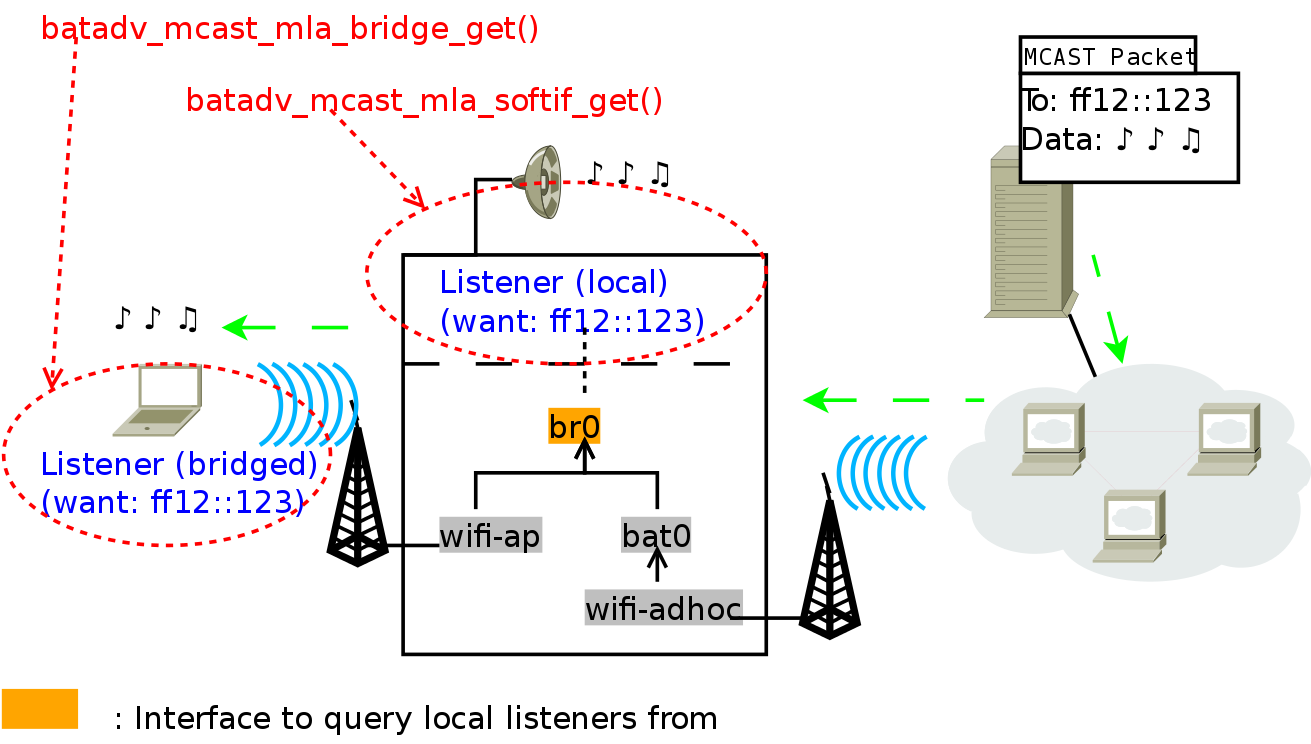 batman-adv is capable of fetching that information from a Linux bridge in kernels newer or equal to 3.16. With older kernels a batman-adv node will inform other nodes that it needs any multicast data and will receive such packets.