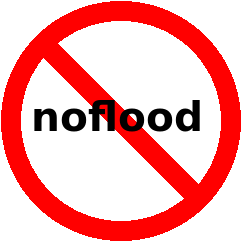 B.A.T.M.A.N. Advanced tries to forward a multicast frame via one of its non-flooding features first. If none of them is applicable then batman-adv falls back to classic flooding.

However, with some applications dropping a packet might be more desirable than flooding. For instance if flooding a frame would lead to a high burden for disinterested nodes in the mesh, up to congestion in the worst case.

The noflood mark feature allows a user to tag frames via netfilter by custom criteria. batman-adv will then avoid flooding such frames. 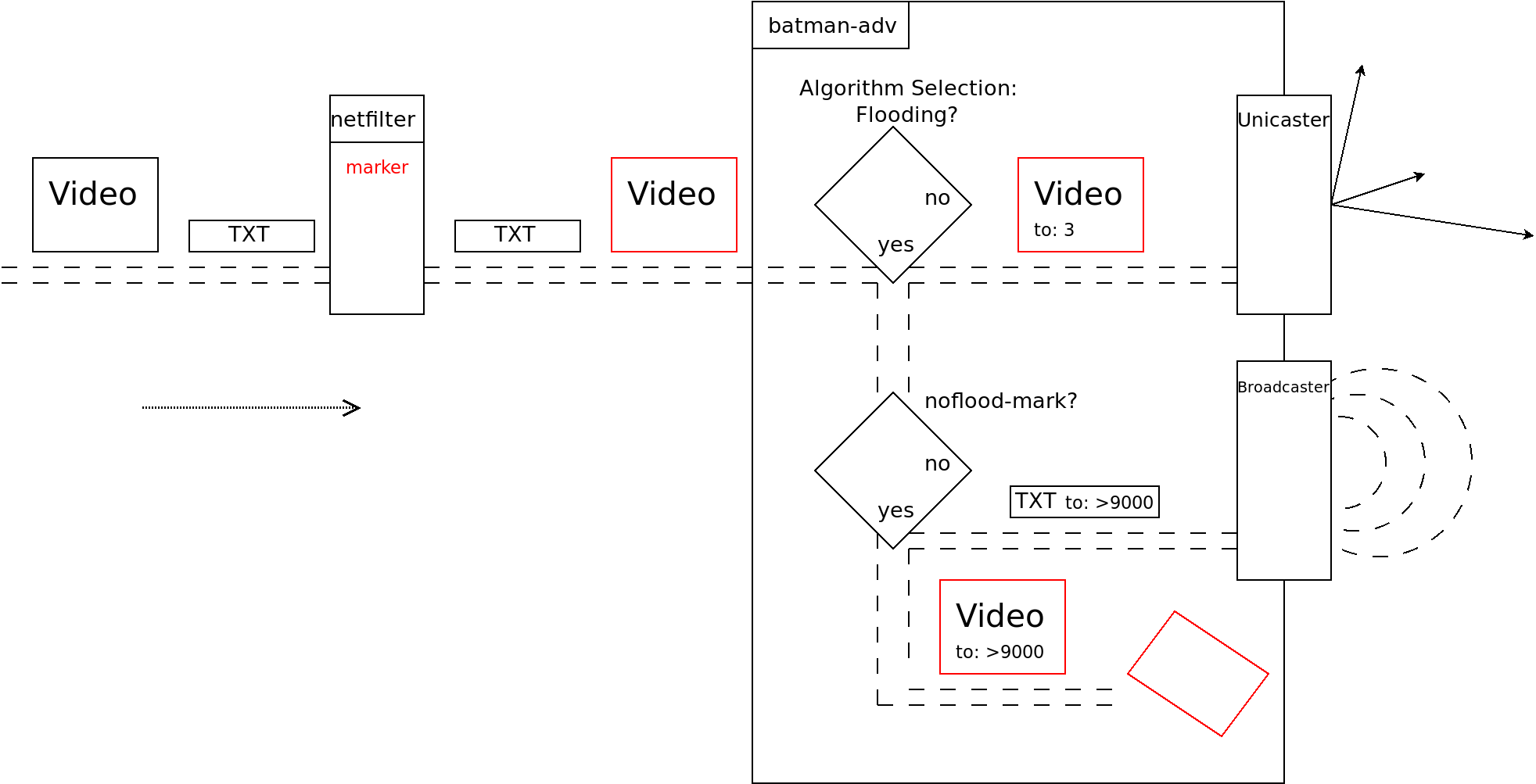 In this example we have three kinds of multicast packets:

For the small text messages we do not mind if they are flooded. However for the bulky, high throughput video frames, we do: If they have only a few recipients so that batman-adv can forward the frame via a few unicast transmissions we are ok. But if the only way batman-adv could forward them is via broadcast flooding then we would rather like to drop the packet to avoid placing too much stress on the overall mesh.

We cannot simply block those video frames with netfilter because netfilter does not know which algorithm batman-adv would choose. Therefore netfilter only gives a hint by adding a specific mark to every video frame, our cases 1) and 2). While leaving the text messages, case 3), unmarked.

In the second step batman-adv will determine how it would like to forward the frame. Depending on the number of recipients in this example batman-adv will either choose individual unicast transmissions or broadcast flooding.

Finally, before broadcast flooding a frame it will check whether the frame has a "noflood" mark set. If so then it will drop the packet instead of flooding.

The batctl command configures the value and mask batman-adv should watch out for for the noflood feature. Here it is the third bit selected by the mask and only if it is set then batman-adv will match and will avoid flooding it.

The first ebtables command makes sure that link-local IPv6 multicast is never matched for flood prevention. If this rule matches then the firewall will hand over the frame without a mark.

The second ebtables rule marks any IPv6 multicast frame which is not a link-local one. For instance multicast packets with a global destination scope.

batman-adv will then drop such multicast packets with a global destination scope if for example it is unable to distribute it via individual unicast transmissions and would fall back to broadcast flooding.

Here is a list of packet types which utilize multicast and which are essential to establish IP communication. Unless you know exactly what you are doing you usually should not set a noflood-mark on such packets.