Added by Marek Lindner about 13 years ago 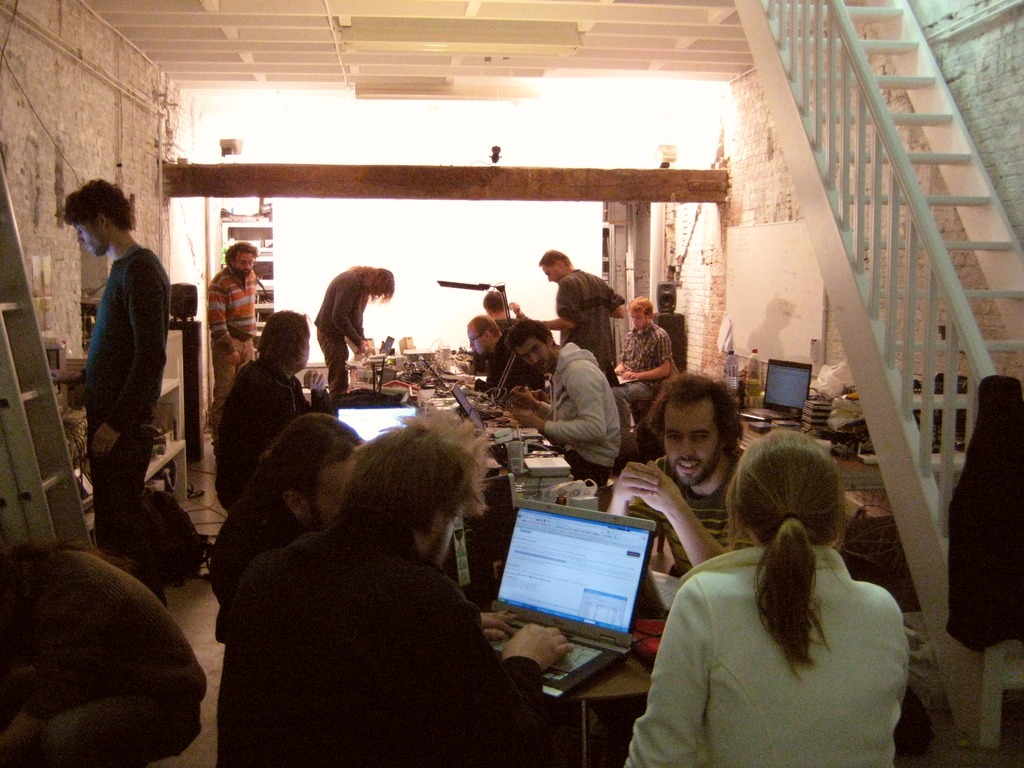 This time, the Wireless Battle Mesh was held in the Belgium hackerspace 'OKNO' (Brussels). The techy and artistic environment provided a perfect athmosphere for both development and testing as well as convivial talks and discussions. We (the batman developers) used the occasion to gather some days before the official events started to dedicate that time entirely to B.A.T.M.A.N. related topics. Unfortunately, it was not possible to get all batman developers to join the event.

We prepared the (at that time) pending batman-adv 0.2 release, spoke about remaining issues and fixed outstanding bugs. One of the bigger problems were the temporary routing loops Andrew & Yang discovered. The tricky part was the number of nodes required to trigger the problem combined with the amount of logfiles to be analyzed before we could get even close to a solution. Simon grabbed the first part of the problem and developed a setup that would allow us replaying the situation to retrieve logfiles and test patches. His setup works great and will allow us better testing in the future (besides, he fully documented his work). Marek worked on the other side of the story and created "batctl bisect" which is able to parse large logfile sets to search for routing loops, reconstruct the OGM flow throughout the network, etc. That ultimately put us in the position to fix the issue.

Another big topic was the upcoming linux kernel integration and its impact on the project itself. Getting your code "mainline" is much more than "just" coding style changes. We discussed several kernel interface changes that will need to be implemented in the near future to keep the kernel hackers happy. To a certain degree it definitely has its advantage because some areas were a proof of concept at the beginning, meant to be cleaned later on which did not happen until now. Together with Andrew (who is driving the kernel integration process) we came up with a todo list that you can find at the bottom of this page.

Nico from the OpenWRT team had developed a neat configuration deployment tool that could reconfigure a whole bunch of routers to run a certain configuration. Linus fine tuned a configuration set for an easy batman-adv deployment which includes a vis server configuration as well as remote logging (to bisect it later on). You can grab this configuration from the hackerspace.be wiki. In combination with Nico's deployment tool it should allow us/you to spend more time on testing (instead of configuring) at the next Wireless Battle Mesh. ;)

For the testing the Belgians prepared a bunch of "portable outdoor boxes" plus mobile power supplies that allowed rapid deployment. They were mainly used to deliver test results regarding the question whether 2 single radio nodes (both 2.4GHz) connected via ethernet would be able to boost the performance by using both wifi devices in different channels or whether the short range interference would decrease the performance. The attendants from Italy (Saverio Proto and Claudio Pisa) created a document explaining the setup and test method as well as the results. The full report from the WBM organizers also is worth reading.

Many thanks also go to the attendants from Belgium, who had been organising everything and offered places to sleep at their hackerspace and also showed us some of their pubs and restaurants with their delicious food and beer :).

The batman developers that could make it to Brussels (from left to right): 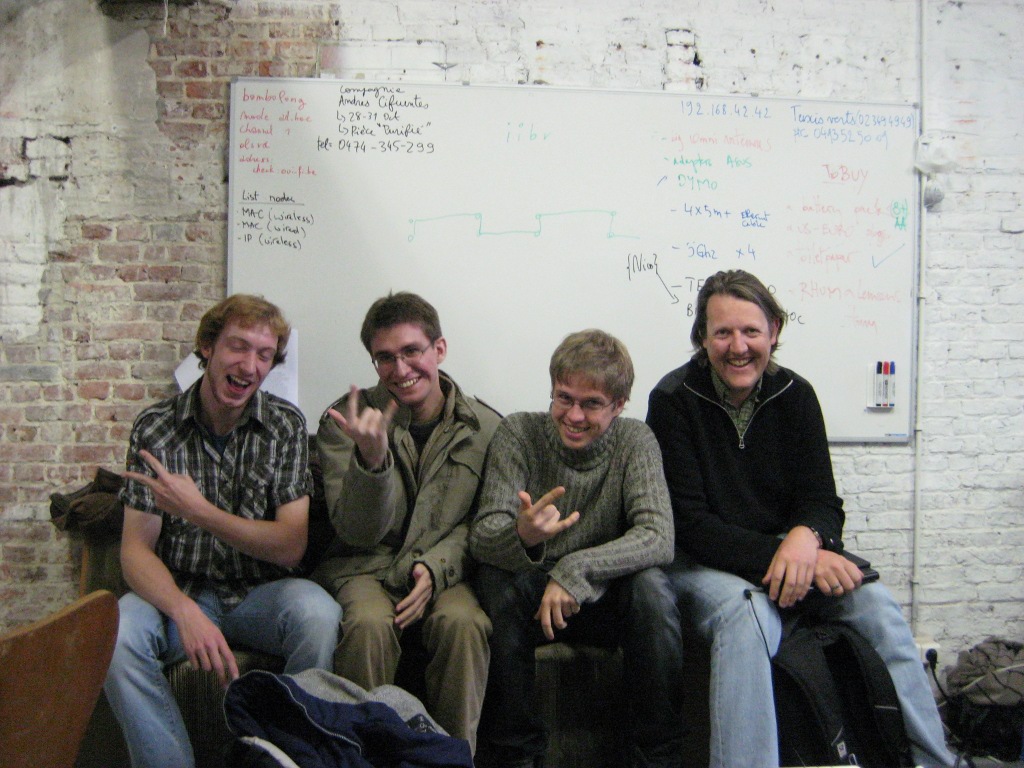